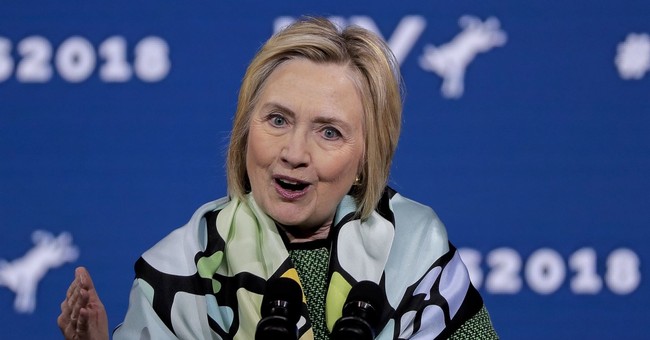 Hollywood movie mogul and Hillary Clinton pal Harvey Weinstein, who was glorified by actors and Democrats for years, has officially been charged with first and third degree rape against one woman in New York. He's also been charged with forcing two other woman into giving him oral sex against their will. He turned himself into authorities Friday morning.

It was a scene not unlike the red carpet walks he used to do, further highlighting how far the disgraced Hollywood producer has fallen since dozens of women came forward in the New York Times and the New Yorker to publicly accuse him of sexual misconduct.

Late last year a number of women came forward and accused Weinstein of unwanted and grotesque sexual acts. After weeks of silence, twice failed Democrat presidential candidate Hillary Clinton finally condemned Weinstein, but didn't mention whether she would return hundreds-of-thousands of dollars he raised for her campaign.

After more pressure and outrage, Clinton finally announced she would give the donations away.

Meanwhile, the DNC also planned to keep more than $300,000 donated by Weinstein. After being called out as hyprocrites for claiming to care about the issue of sexual assault while pocketing the cash, the DNC donated the money to other leftist political organizations.