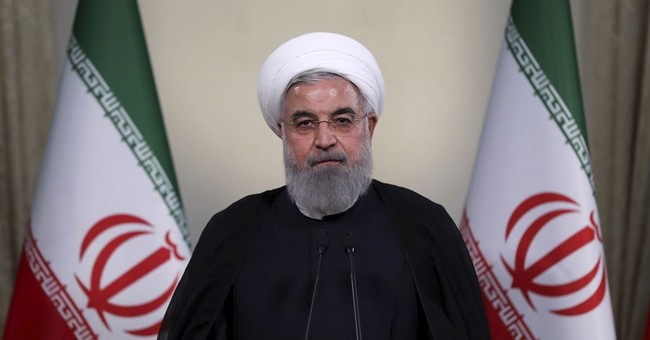 Less than 24 hours after President Trump announced the United States is leaving the Iran nuclear agreement, the Iranian regime has vowed to dump loads of cash into its ballistic missile program.

"As we exit the Iran deal, we will be working with our allies to find a real, comprehensive, and lasting solution to the Iranian nuclear threat.  This will include efforts to eliminate the threat of Iran’s ballistic missile program; to stop its terrorist activities worldwide; and to block its menacing activity across the Middle East," Trump said. "In the meantime, powerful sanctions will go into full effect.  If the regime continues its nuclear aspirations, it will have bigger problems than it has ever had before."

"Iran has used the course of the negotiations, the lengthy period leading up to the deal to increase the capability and sophistication both of its nuclear weapons program and its ballistic missile program, and has continued to do so since the deal in 2015," Bolton said. "The only sure way to get on the path of stopping Iran from developing nuclear weapons and delivery capabilities is to get out of the deal.  And that's what the President has done."

Meanwhile, allies like Germany are being urged to halt business with the regime or face consequences.

As @realDonaldTrump said, US sanctions will target critical sectors of Iran’s economy. German companies doing business in Iran should wind down operations immediately.