Here's Who Trump Could Nominate to Lead the VA 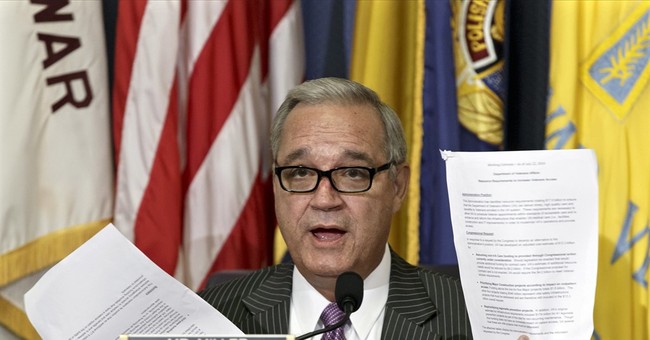 After Rear Admiral and White House Dr. Ronny Jackson withdrew his nomination to be the next Secretary of Veteran's Affairs last week, President Trump has been looking for replacements.

"Unfortunately, because of how Washington works, these false allegations have become a distraction for this President and the important issue we must be addressing – how we give the best care to our nation’s heroes," Jackson said at the time. "While I will forever be grateful for the trust and confidence President Trump has placed in me by giving me this opportunity, I am regretfully withdrawing my nomination to be Secretary for the Department of Veterans Affairs. I am proud of my service to the country and will always be committed to the brave veterans who volunteer to defend our freedoms."

According to the Washington Examiner, former House Veterans Affairs' Committee Chairman Jeff Miller is at the top of the list for consideration and will be meeting with President Trump at the White House in the coming days.

The former Republican congressman from Florida has been discussed as a potential successor to ousted VA Secretary David Shulkin given his experience on the House panel and the likelihood that he would avoid major controversy during the Senate confirmation process.

Miller served eight terms in Congress before retiring in 2017, three years after he took the lead on passing a $16 million VA reform bill out of the lower chamber. The bill was later signed into law by President Barack Obama in 2014.

A senior White House official said Trump and Miller would meet later this week, presumably after the president returns from his trip to Dallas for the National Rifle Association's annual convention. The same official said another candidate whose name has appeared in the media — former Cleveland Clinic CEO Toby Cosgrove — does not currently have a meeting scheduled with Trump.

Earlir this week Acting VA Secretary Robert Wilkie called for private care options after horrifying conditions were revealed at a Salt Lake City facility. Miller has also been a proponent of private care at the VA.