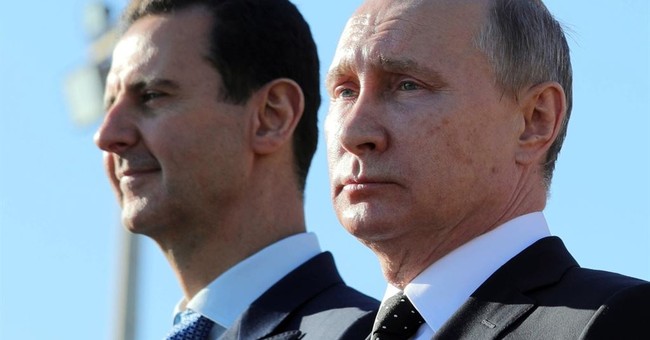 Speaking before a meeting with governors and lawmakers at the White House Thursday morning, President Trump addressed the ongoing status of Syria and whether the United States will respond to a chemical attack carried out against civilians earlier this week.

The President's remarks come after a warning earlier in the week and a backtracking this morning.

"We are studying that situation extremely closely.  We are meeting with our military and everybody else, and we'll be making some major decisions over the next 24 to 48 hours.  We are very concerned when a thing like that can happen.  This is about humanity.  We're talking about humanity.  And it can't be allowed to happen," Trump said during a Cabinet meeting Monday. "So we'll be looking at that barbaric act and studying what's going on.  We're trying to get people in there.  As you know, it's been surrounded.  So it's very hard to get people in because not only has it been hit, it's been surrounded.  And if they're innocent, why aren't they allowing people to go in and prove?  Because as you know, they're claiming they didn't make the attack."

"So if it's Russia, if it's Syria, if it's Iran, if it's all of them together, we'll figure it out and we'll know the answers quite soon.  So we're looking at that very, very strongly and very seriously," he continued.