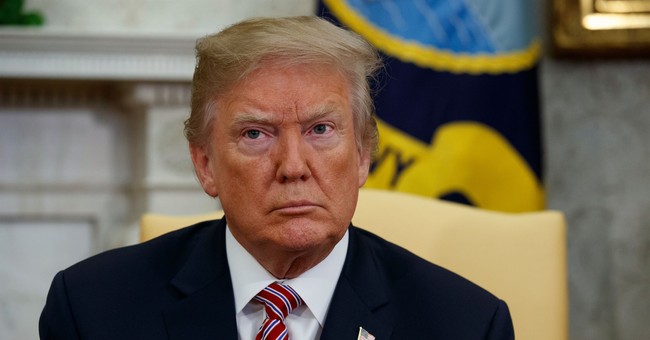 As one of his first moves in the Oval Office, President Trump pulled out of the Trans-Pacific Partnership on January 23, 2017. At the time of the executive order to do so, he argued the trade deal was bad for America and therefore had to go. On the campaign trail, his words about the agreement were harsh.

But as China has become an increased focus for the administration, President Trump has reportedly directed his newly minted economic advisor Larry Kudlow to look into re-entering TPP as a way to hit the communist country economically.

Republican Senator Ben Sasse, who attended a meeting with the President at the White House Thursday, is praising the reconsideration.

“The best thing the United States can do to push back against Chinese cheating now is to lead the other eleven Pacific nations that believe in free trade and the rule of law. It is good news that today the President directed Larry Kudlow and Ambassador Lighthizer to negotiate U.S. entry into TPP," Sasse said.

-The trade deal, which covered 40% of the world's economy, was negotiated in 2015 by nations including the US, Japan, Malaysia, Australia, New Zealand, Canada and Mexico
-TPP's stated aim was to strengthen economic ties and boost growth, including by reducing tariffs
-It included measures to enforce labour and environmental standards, copyrights, patents and other legal protections
-The agreement, backed heavily by US business, was designed to potentially create a new single market likened to the EU
-Critics argued it was a not-so-secret gambit to box in China, which is not part of the agreement

No official word yet from the White House about the potential of reentering the agreement.