Yikes: The FBI Has Raided the Office of President Trump's Personal Lawyer 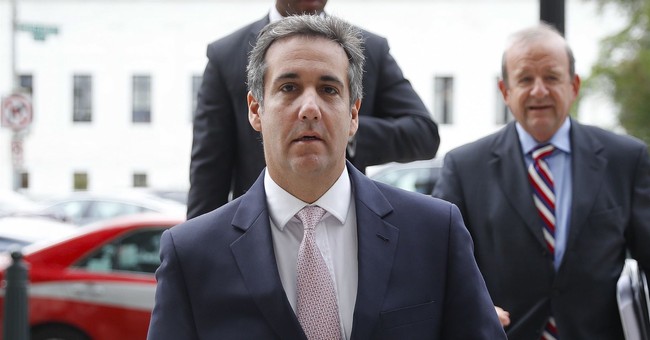 The office of New York City attorney Michael Cohen, who has served as President Donald Trump's personal lawyers for years, was reportedly raided by the Federal Bureau of Investigation earlier today.

From the New York Times, which cites Cohen's lawyer:

Federal prosecutors in Manhattan obtained the search warrant after receiving a referral from the special counsel, Robert S. Mueller III, according to Mr. Cohen’s lawyer, who called the search “completely inappropriate and unnecessary.” The search does not appear to be directly related to Mr. Mueller’s investigation, but likely resulted from information he had uncovered and gave to prosecutors in New York.

“Today the U.S. Attorney’s Office for the Southern District of New York executed a series of search warrants and seized the privileged communications between my client, Michael Cohen, and his clients,” said Stephen Ryan, his lawyer. “I have been advised by federal prosecutors that the New York action is, in part, a referral by the Office of Special Counsel, Robert Mueller.”

The seized records include communications between Mr. Trump and Mr. Cohen, which would likely require a special team of agents to review because conversations between lawyers and clients are protected from scrutiny in most instances.

The White House has referred all questions about the Stormy Daniels situations to Cohen. Last week on Air Force One, President Trump denied knowledge of the alleged $130,000 payment to Daniels for her silence over a sexual encounter.

I just asked Sarah Huckabee Sanders about the NYT report of an FBI raid on President Trump’s lawyer Michael Cohen’s office, she said the White House has no comment.