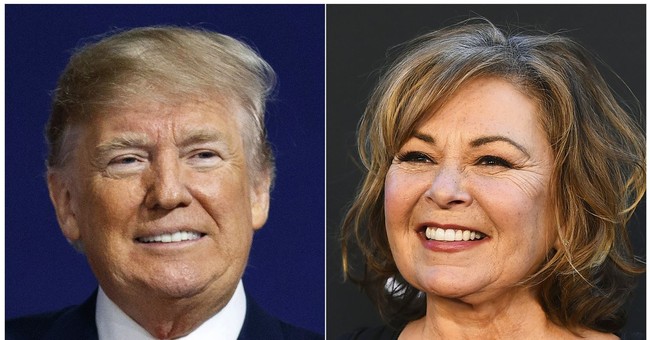 In case you missed it this week, one of America's favorite sitcoms made a roaring comeback after being off the air for two decades.

Roseanne pulled in more than 18 million viewers Tuesday night and the first episode was a roaring sucess after portraying both sides of the current political debate in America.

The star of the show, Roseanne Barr, is a rare Hollywood supporter of President Trump both on screen and in her real life. She received a congratulatory phone call Wednesday from the Commander-in-Chief on the show's debut success.

But late night host Jimmy Kimmel can't quite figure out Roseanne's backing of Trump and berated her on a recent episode of his show.

"I'm shocked because I know that you were a very liberal, socially liberal person in general," Kimmel said.

"I'm still the same, you all moved. You all went so f*cking far out you lost everybody," Roseanne responded.