Travesty: Charges Against Turkish Security Guards Who Beat Americans in the Streets of DC Have Been Dropped 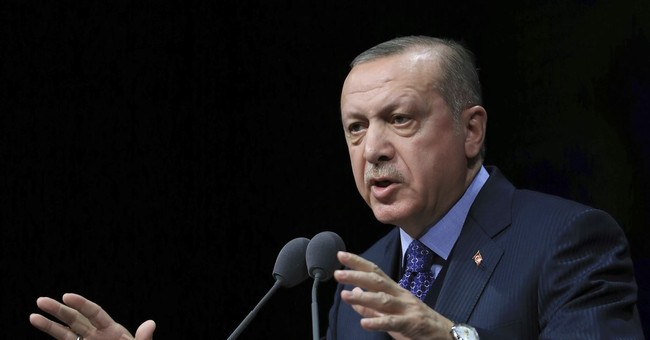 Last summer during a diplomatic trip to Washington D.C. and after at meeting with President Trump at the White House, bodyguards working for Turkish President Recep Erdogan beat a number of peaceful American protestors in the street and sent many of them to the hospital.

One body guard was caught on video kicking a woman on the ground.

But the guards didn't make the decision to attack American citizens on their own. At one point during the violence, Erdogan got out of his motorcade and ordered the guards to continue the beatings.

Officers from the D.C. Metropolitan Police Department attempted to stop the guards from engaging further, but were unsuccessful. They condemned the attack and ultimately brought charges. The State Department issued a delayed condemnation and the White House never issued a statement about the matter.

Now, those charges have been dropped.

Charges have been dropped against 11 members of Turkish President Recep Tayyip Erdogan's security detail that were accused of beating protesters in Washington, D.C.

Federal prosecutors made the decision to drop the charges against 11 of the 15 security members in connection with the incident.

Police originally announced charges against 16 people in connection with the violent clashes in June.

The bodyguards of a foreign dictator were caught on video beating Americans in Washington D.C., the capitol of the United States, and there will be no consequences. What a travesty for the First Amendment and a pathetic day for authorities who failed to follow through.