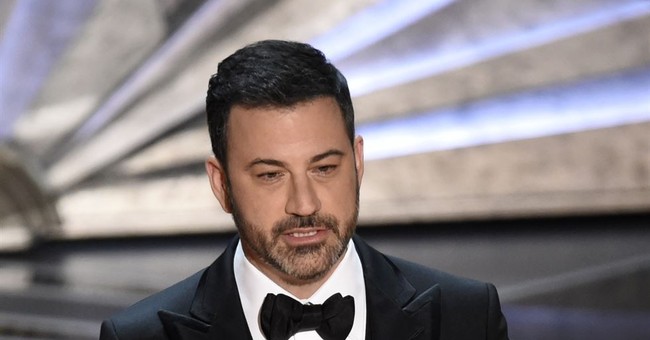 “We don’t make films like ‘Call Me By Your Name’ for money. We make them to upset Mike Pence," Kimmel said.

Ahead of the big show Sunday night, Kimmel made it known he would engage in activism from the stage but according to the numbers, it didn't pay off.

Jimmy Kimmel’s return as Oscars host received an 18.9 rating in Nielsen’s overnight numbers from 8-11 p.m. ET, down 15.6 percent from his 2017 debut. Of course, the ABC special ran about 50 minutes after primetime’s cutoff, so these numbers are subject to some adjustment.

Rock’s turn had already dipped 8 percent from its own predecessor.

The Oscars' ratings are on par with the politicized 60th annual Grammy Awardsearlier this year. That show's ratings also came came in at an all-time low.