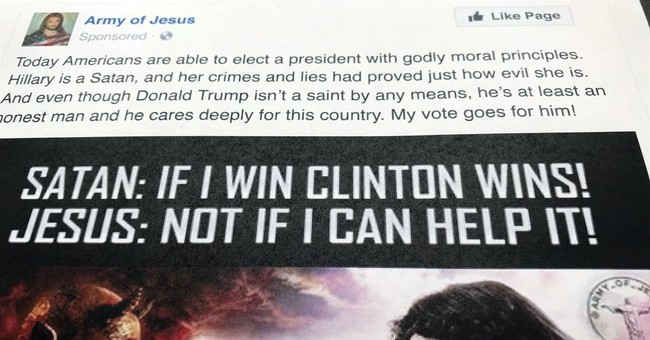 Facebook Executive Rob Goldman is apologizing after "expressing opinions" about advertisements purchased by the Russians on the social media site in 2016.

Shortly after an indictment against 13-Russians was handed down by Special Counsel Robert Mueller on Friday, Goldman posted a series of statements on Twitter about the timing of Russian ad purchases. He says the majority came after the November 2016 election.

Very excited to see the Mueller indictment today. We shared Russian ads with Congress, Mueller and the American people to help the public understand how the Russians abused our system. Still, there are keys facts about the Russian actions that are still not well understood.

Most of the coverage of Russian meddling involves their attempt to effect the outcome of the 2016 US election. I have seen all of the Russian ads and I can say very definitively that swaying the election was *NOT* the main goal.

The majority of the Russian ad spend happened AFTER the election. We shared that fact, but very few outlets have covered it because it doesn’t align with the main media narrative of Tump and the election. https://t.co/2dL8Kh0hof

The main goal of the Russian propaganda and misinformation effort is to divide America by using our institutions, like free speech and social media, against us. It has stoked fear and hatred amongst Americans. It is working incredibly well. We are quite divided as a nation.

“I have seen all of the Russian ads and I can say very definitively that swaying the election was *NOT* the main goal.”
Rob Goldman
Vice President of Facebook Ads https://t.co/A5ft7cGJkE

And now, he's backtracking after being accused of contradicting Mueller's findings (or of defending Trump).

"I wanted to apologize for having tweeted my own view about Russian interference without having it reviewed by anyone internally. The tweets were my own personal view and not Facebook's. I conveyed my view poorly. The Special Counsel has far more information about what happened [than] I do — so seeming to contradict his statements was a serious mistake on my part.

"To those of you who have reached out this weekend to offer your support, thank you. It means more than you know. And to all of you who have worked so hard over the last six months to demonstrate that we understand our responsibility to prevent abuse on Facebook — and are working hard to do better in the future — my deepest apologies."

Facebook executives have been repeatedly pressed by Congress about Russia's political ad purchases.