It's Official: Sheriff Joe is Running For Office Again 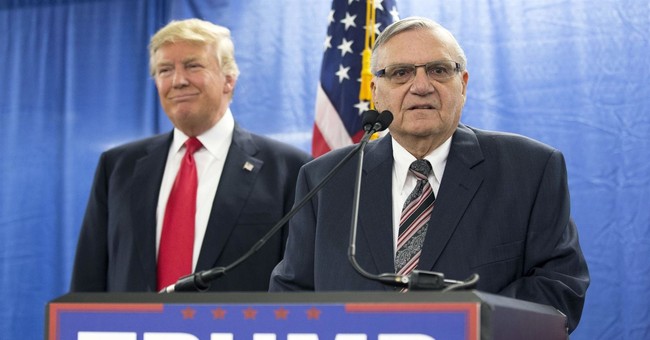 After being pardoned by President Trump last year, former Arizona Sheriff Joe Arpaio has officially announced he will run to fill Republican Senator Jeff Flake's seat. Flake announced last fall he will not seek re-election in 2018.

“I have a lot to offer. I’m a big supporter of President Trump,” Arpaio told the Washington Examiner. “I’m going to have to work hard. You don’t take anything for granted. But I would not being doing this if I thought that I could not win. I’m not here to get my name in the paper, I get that everyday, anyway.”

I am running for the U.S. Senate from the Great State of Arizona, for one unwavering reason: to support the agenda and policies of President Donald Trump in his mission to Make America Great Again. https://t.co/ANppBdDOtp

Arpaio's pardon, like many presidential pardons, was controversial. He is 85-years old and is infamous for his tough stance on illegal immigration. Last year he was found guilty of criminal contempt after repeatedly ignoring a court order and faced up to six months in jail. He was pardoned before his final sentence was handed down by a judge.

The question now is whether President Trump will campaign for Arpaio in the Grand Canyon State, or at the very least endorse him. Arpaio was one of the first high profile supporters of Trump during the 2016 presidential election and backed him early in the Republican primary.

Thank you @realDonaldTrump Working hard so you have a conservative from AZ to help #MAGA. Arizonans excited to see you again next week! https://t.co/DZzduT31FN