Is Michele Bachmann Making a Run For Al Franken's Seat? 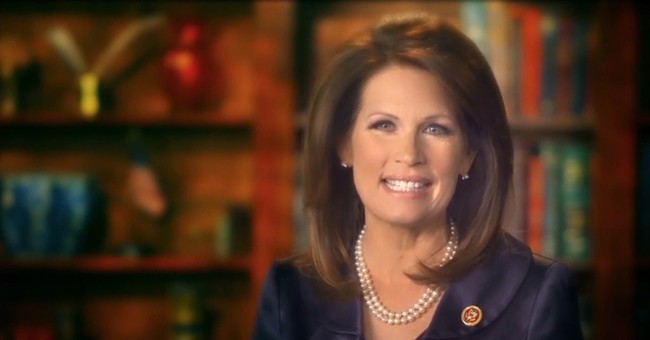 "I write to resign my seat as United States Senator for the State of Minnesota," Franken said.

Dayton has already announced he will appoint Democrat Lt. Governor Tina Smith to replace Franken, setting her up for an election fight in just a few months. The special election is set for November 2018.

A number of names are swirling as potential opponents to Smith and former Republican Congresswoman Michele Bachmann is expressing interest.

"Am I being called to do this now?” Bachmann said during a recent interview. "The only reason I would won would be to have the ability to take these principles into the United States Senate."

"The question is, should it be me? Should it be now? But there's also a price you pay and the price is bigger than ever because the swamp is so toxic," she said. "It is really touch. If you're going against the tide in D.C. and taking a stand for biblical principles in D.C....this is not an easy place to be."

Bachmann resigned from Congress in 2015 after serving for nearly ten years. She was the first Republican woman elected to the U.S. House from Minnesota. She ran for President in 2012 and lost the nomination to former Massachusetts Governor Mitt Romney.