Profiles in Courage: Hollywood Men to Wear All Black Tuxedos to Protest Harvey Weinstein, or Something 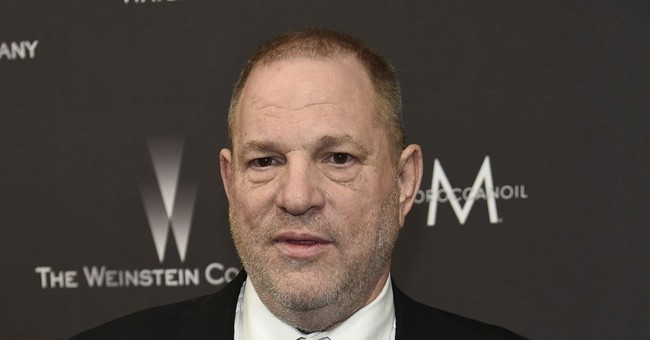 After decades of ignoring, embracing and enabling rampant sexual abuse in Hollywood, some of its biggest male (and female) stars plan to wear black at Sunday's Golden Globe awards as a protest against Harvey Weinstein and those like him.

Male actors have decided to join forces with their female peers who will protest sexual harassment by wearing black to the 2018 Golden Globes.

A number of high profile actors including Dwayne Johnson, Tom Hiddleston and Armie Hammer will sport black on the Globes red carpet according to their stylist Ilaria Urbinanti.

After receiving many questions on the matter, Urbinanti took to Instagram to confirm the fashion news.

“YES the men WILL be standing in solidarity with women on this wearing all-black movement to protest against gender inequality at this year’s Golden Globes. At least ALL MY GUYS will be,” celebrity stylist Ilaria Urbinanti wrote last week on Instagram.

Because everyone keeps asking me... YES, the men WILL be standing in solidarity with women on this wearing-all-black movement to protest against gender inequality at this year’s Golden Globes. At least ALL MY GUYS will be. Safe to say this may not be the right time to choose to be the odd man out here... just sayin...

As Allahpundit points out, this means these dudes will essentially be wearing what they always do. So brave.

This is progress, however. At least they aren't giving Weinstein an Oscar, like they did for director Roman Polanski when he fled the country after raping a teenager over a decade ago.

As I wrote in my book Assaultand Flattery, Hollywood is a cesspool of misogyny led by some of the left's biggest donors and bundlers. A self-serving, black-tie protest doesn't erase years of justifications for sexual abuse.