Kathleen Rice: Why Is Everyone in the Private Sector Held Accountable While DC Runs Wild? 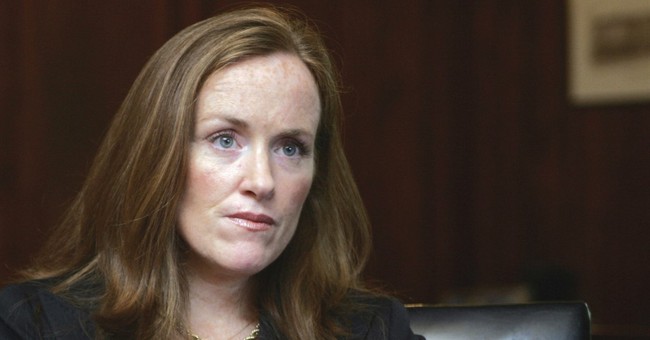 Democrat Kathleen Rice is as fed up with Washington D.C. as the rest of the country.

During an interview with CNN's Anderson Cooper Wednesday night, Rice fumed about the double standard between the private sector and taxpayer funded politicians being protected on Capitol Hill.

"It's that kind of response that leads everyday Americans to say, 'What is going on in Washington? Why is everyone in the private sector held accountable and yet when the same kind of behavior is exposed in Washington D.C., they circle the wagons and protect their own?'" Rice said. "I for one am not going to be in that position.

While men like Harvey Weinstein, Matt Lauer, Charlie Rose and a long list of others have been fired for bad behavior, albeit maybe belatedly, politicians like Rep. John Conyers and Senator Al Franken get to stay and make their own decisions about resignation.

Yesterday Minority Leader Nancy Pelosi held a meeting to discuss sexual harassment with members. Rice walked out, saying she "doesn't have time for meetings that aren't real." She has introduced a bipartisan bill with Republican Rep. Barbara Comstock that would require sexual harassment training for all members of Congress, in addition to an overhaul of the reporting system on Capitol Hill.