An American Joined ISIS to Be a Suicide Bomber, Now He's Going to Prison 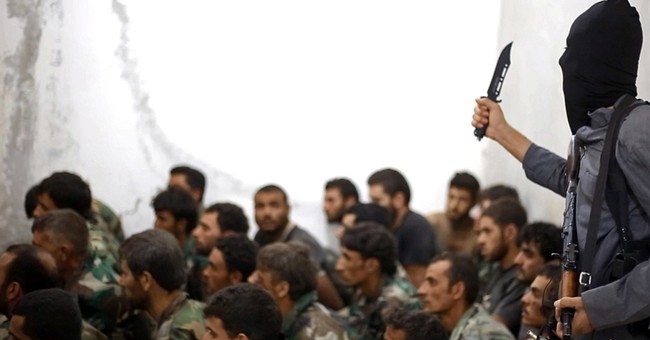 The Justice Department announced Thursday 28-year-old  Mohamad Jamal Khweis, who joined ISIS in 2015, has been sentenced to 20 years in prison. Khweis traveled to Syria through Turkey and was convicted of providing support, which included a promise to carry out a suicide bombing, to the terrorist organization after a federal trial in June.

“The evidence at trial demonstrated that Mohamad Khweis is an unpredictable and dangerous person who was radicalized towards violent jihad,” U.S. Attorney Dana Boente said in a statement Friday.  “This office, along with the National Security Division and our investigative partners, are committed to tracking down anyone who provides or attempts to provide material support to a terrorist organization.”

“Today's sentencing of Mohamad Khweis demonstrates the relentless efforts of the FBI and our partners within the Joint Terrorism Task Force, whom work 24/7 to identify individuals who pose a risk or harm to U.S. persons or interests,” Assistant Director in Charge of the FBI’s Washington Field Office Andrew Vale added.  “Khweis purposefully traveled overseas with the intent to join ISIS in support of the terrorist group's efforts to conduct operations and execute attacks to further their radical ideology.  Khweis recognized that ISIS uses violence in its expansion of its caliphate and he committed to serving as a suicide bomber.”

Khweis was detained by Kurdish fighters in the region before being turned over to the United States earlier this year. During his time in Iraq and according to the Department of Justice, Khweis "spent two and a half months as an ISIS member, traveled with ISIS fighters to multiple safe houses, participated in ISIS-directed religious training, attended ISIS lectures, constantly watched military videos with his fellow ISIS members for inspiration [and] frequently gave money to ISIS members."

It is unclear where Khweis will serve his time.