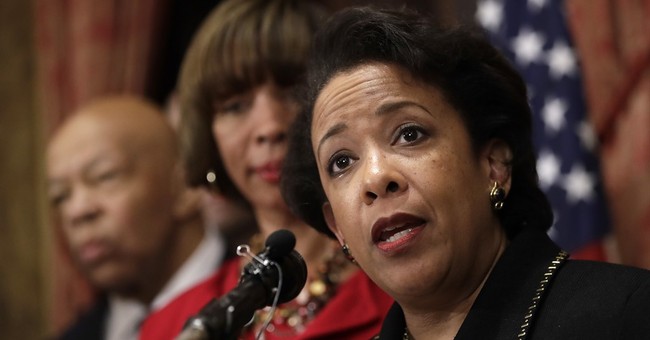 After claiming there were no official records related to the the infamous summer 2016 meeting between former President Bill Clinton and Attorney General Loretta Lynch on her private plan in Phoenix, the FBI is now admitting documents do exist and there are dozens of them.

Government watchdog Judicial Watch has been pursuing the documents for months and will receive them at the end of November after issuing a Freedom of Information Act lawsuit against the Bureau. The lawsuit was filed after the Bureau refused to turn them over earlier this year.

"The FBI originally informed Judicial Watch they did not locate any records related to the tarmac meeting.  However, in a related case, the Justice Department located emails in which Justice Department officials communicated with the FBI and wrote that they had communicated with the FBI," Judicial Watch found. "As a result, by letter dated August 10, 2017, from the FBI stated, 'Upon further review, we subsequently determined potentially responsive documents may exist. As a result, your [FOIA] request has been reopened.'"

Under Attorney General Jeff Sessions, the Justice Department has refused to release unredacted internal talking points developed in response to the meeting. The meeting took place just days before then FBI Director James Comey announced he would not refer Democrat presidential candidate Hillary Clinton to DOJ for prosecution. Lynch had previously asked him to call the FBI's criminal investigation of Clinton a simple "matter."

Comey said during congressional testimony earlier this year the Lynch/Clinton meeting prompted him to be "unusually transparent" about the Bureau's criminal investigation of Hillary Clinton. Lynch also admitted the meeting was improper, but maintains the only topics discussed with the former President were grandchildren and golf.

“The FBI is out of control. It is stunning that the FBI ‘found’ these Clinton-Lynch tarmac records only after we caught the agency hiding them in another lawsuit,” Judicial Watch President Tom Fitton said in a statement. “Judicial Watch will continue to press for answers about the FBI’s document games in court. In the meantime, the FBI should stop the stonewall and release these new records immediately.”