Trump Goes Straight to the People on Tax Reform: Call Your Congressmen and Demand It 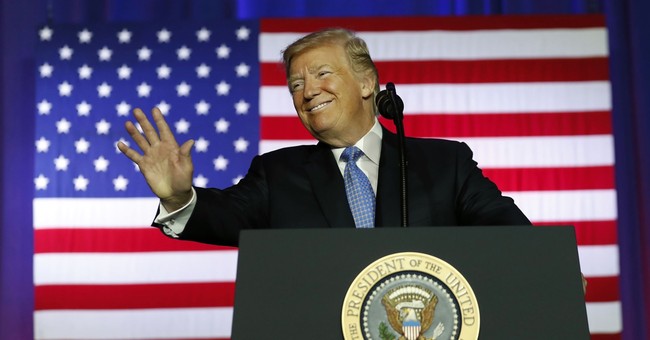 Speaking from the Indiana State Fairgrounds Wednesday afternoon, President Trump officially rolled out his plan to overhaul the American tax system and urged voters to call their congressmen in support.

"Today I am asking all Americans, Republican, Democrat, Independent, to join with me and with each other to demand tax reform that will truly, truly, truly, make American great again," Trump said. "Call your congressmen, call you senators, let them know you are watching. Let them know you're waiting. Tell them that today is the day for decision. That now is the time to heal this self-inflicted economic room and that with their action, the future would belong to all of us."

President Trump also went after Indiana's Democrat Senator Joe Donnelly, who was invited to attend the speech along with North Dakota Democrat Senator Heidi Heitkamp. Donnelly rode from Washington D.C. to Indiana on Air Force One Wednesday with the President ahead of the announcement.

"If Joe Donnelly doesn't approve it [tax reform] we will come here -- we will campaign against him like you wouldn't believe," Trump said.