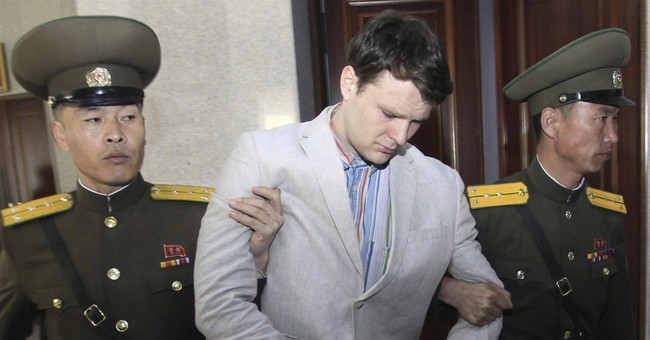 Earlier this year American student Otto Warmbier was returned home to the United States in a coma after being held hostage for nearly two years by the North Korean regime. He died a week after his arrival home.

Now, they're speaking out for the first time since Otto's death and reminding the world about the true brutality of Kim Jong Un.

During an interview with Fox and Friends Tuesday morning, Fred and Cindy Warmbier explained in detail how Otto was brought home and what they experienced. They walked onto a plane to find their son deaf, blind, on a feeding tube and violently convulsing.

"When we got halfway up the steps we heard this howling, involuntary, inhuman sound,” Fred said. "It looked like someone had taken a pair of pliers and rearranged his bottom teeth."

"He had a large scar on his right foot. North Korea is not a victim. They are terrorists," he continued. "They purposely injured Otto."

"They destroyed him," Cindy added.

“We see North Korea claiming to be a victim and the world is picking on them, and we’re here to tell you North Korea is not a victim,” Fred said. “They are terrorists. They kidnapped Otto. They tortured him. They intentionally injured him."

The Warmbiers are urging the State Department to put North Korea on its list of state sponsors of terrorism.