Washington Post: No Hillary, Comey Didn't Cost You the Election 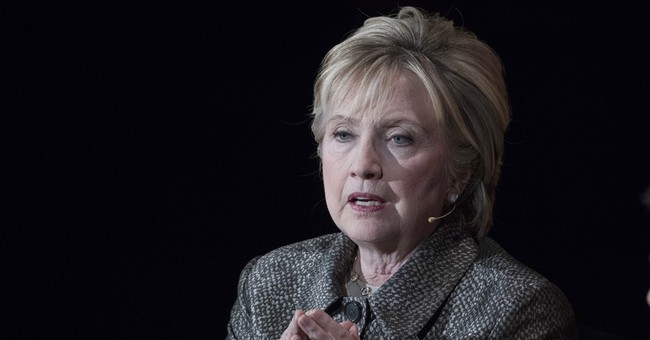 Twice failed Democrat presidential candidate Hillary Clinton has blamed everyone and everything for her November 2016 loss to Donald Trump. But her avoidance of personal responsibility is especially heavy when it comes to FBI Director James Comey, who she faults as the determining factor in her loss.

But according to new analysis from the Washington Post, whose staff are no friends to President Trump, Comey wasn't the determining factor. In fact, former President Barack Obama's approval rating had a greater impact.

A central debate in the campaign post-mortems is whether Comey, then the FBI director, tipped the election in Donald Trump’s favor with the Oct. 28 release of a letter announcing the review of possible new evidence in the Clinton email investigation. Some journalists, political analysts and Clinton herself contend that the letter’s release cost her the presidency. “Absent that,” Clinton told NBC last week, “I believe the evidence shows I would have won.”

In a recent paper, however, we cast doubt on the claim. Using an analysis of polling data from the last four months of the campaign, we find no conclusive evidence that the Comey letter led to a decisive shift in voter support. Instead, changes in support for the candidates resulted largely from other factors.

Our model shows that the Comey letter led to a small drop in Clinton’s lead, but that shift is not statistically significant. In other words, there is no clear evidence that the letter cost Clinton votes. When we specify our model in different ways — for example, looking at the impact for just the three days after its release — we again do not find evidence that the letter moved the polls.

So there you have it. Clinton's tank of excuses is quickly running out of gas.