What Happened: Hillary is Going to Wisconsin...to Promote Her Book 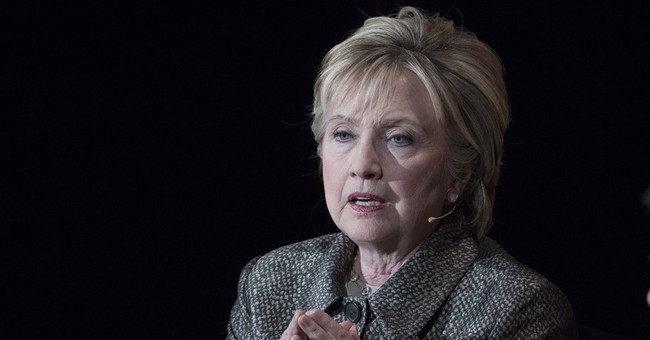 When Hillary Clinton lost Wisconsin and Michigan to Republican Donald Trump on election night 2016, her party stood in disbelief as the reliably blue wall and hopes of winning the White House crumbled right before their eyes.

Immediately, feelings of regret rushed into campaign staffers, who wondered if skipping campaign stops in the Democrat friendly states and opting for the Hamptons instead was a huge mistake.

But although she didn't pay much attention to the region during her run for president, in the aftermath Clinton plans to visit on her What Happened  book tour.

"In the past, for reasons I try to explain, I've often felt I had to be careful in public, like I was up on a wire without a net. Now I'm letting my guard down," Clinton says about the tour.

Recommended
Here We Go Again: Another Mess with China, Russia, and the U.N.
Rebecca Downs

Clinton has been roundly criticized by Democrat leaders, including Obama campaign chief strategist David Axelrod and Senate Minority Leader Chuck Schumer, for her failure to campaign in Michigan and Wisconsin.