Poll: While Democrats Demand Confederate Statues Be Removed, Majority of Americans Don't Want Them Torn Down 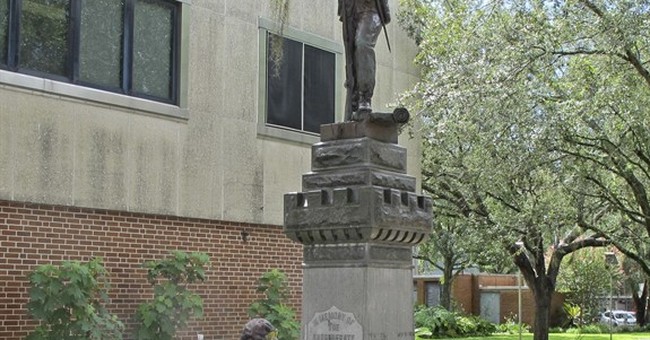 New Jersey Senator Cory Booker introduced legislation Thursday to remove all confederate statues from the U.S. Capitol, vowing "this is just the beginning." As a follow up, House Minority Leader Nancy Pelosi is demanding House Speaker Paul Ryan get on board with the move.

.@SpeakerRyan, it is time to immediately remove Confederate statues from the halls of Congress. https://t.co/twJ4MFOfgB pic.twitter.com/7Yx6p4JgCK

But according to new polling from Marist, the vast majority of Americans don't want to see the statues removed from towns and cities across the country, not to mention the U.S. Capitol. They believe they should remain as historical symbols.

President Trump has expressed opposition to the removal of statues in the wake of Charlottesville and tweeted Thursday morning about the issue.

Sad to see the history and culture of our great country being ripped apart with the removal of our beautiful statues and monuments. You.....

...can't change history, but you can learn from it. Robert E Lee, Stonewall Jackson - who's next, Washington, Jefferson? So foolish! Also...

...the beauty that is being taken out of our cities, towns and parks will be greatly missed and never able to be comparably replaced!

A woman was arrested and charged with vandalism earlier this week after illegally removing a confederate statue in Durham, North Carolina. There are hundreds of similar statues in cities across the country.