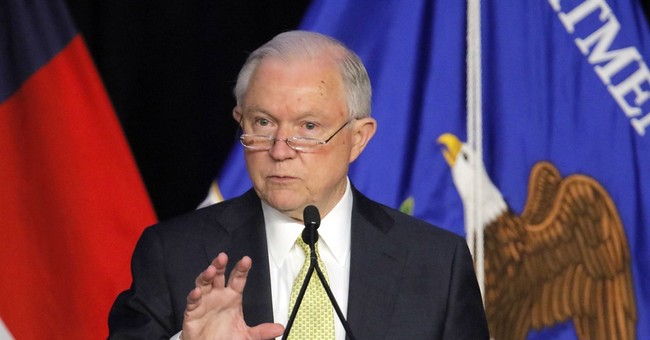 “When the federal government settles a case against a corporate wrongdoer, any settlement funds should go first to the victims and then to the American people— not to bankroll third-party special interest groups or the political friends of whoever is in power,” Sessions said in a statement.  “Unfortunately, in recent years the Department of Justice has sometimes required or encouraged defendants to make these payments to third parties as a condition of settlement.  With this directive, we are ending this practice and ensuring that settlement funds are only used to compensate victims, redress harm, and punish and deter unlawful conduct.”

Current DOJ officials argue that under the Obama administration, settlement payments were often made to "non-party, non-victim political groups" and required defendants to donate to activist groups as a way to finish or close a case.

Essentially, there was a slush fund for leftist groups set up through the Department of Justice. Billions of dollars were paid out to far-left groups like La Raza, Neighborworks, National Community Reinvestment Coalition, the National Urban League and extreme environmental groups after unrelated big bank settlements with JP Morgan, Bank of America, Citigroup and car company Volkswagen.

In order to prevent this type of practice in the future, Congress has introduced legislation barring the Department from using settlement agreements as ways to fund activist groups.

Senate Judiciary Committee Chairman Chuck Grassley, who has been working on this issue for years, applauded the move.

“Today’s decision by the Attorney General to end the Justice Department’s use of settlement agreements to fund politically favored organizations is a win for the victims in such disputes and for checks and balances in government. Under the Constitution, Congress holds the purse strings.  The laws Congress passes dictate how funds collected by the government should be used," Grassley said. "Often, it’s to support the victims in such disputes. But under the Obama administration, the Justice Department disregarded this separation of powers by repeatedly directing defendants to ‘donate’ hundreds of millions of dollars to the administration’s friends and allies, including those that Congress took deliberate steps to defund. These practices usurped Congress’s spending authority and opened wide the door for misuse of government funds—all without any oversight mechanisms/

“Since 2010, I’ve been working to shine a light on these misdeeds and to get answers from the Department.  Today’s announcement is welcomed news for those of us who respect the rule of law and demand a more accountable government,” he continued.