Comey Confirms President Trump Is Not Under FBI Investigation 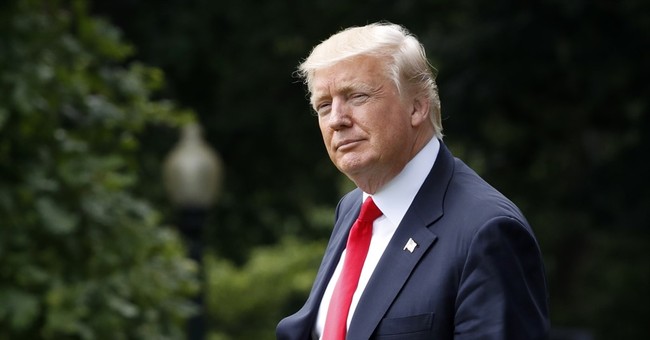 During testimony in front of the Senate Intelligence Committee Thursday morning, former FBI Director James Comey will back up President Trump's statement he is not under FBI investigation and was not during the 2016 presidential election. Comey will make the assertion in his opening statement, which was provided to the public ahead of time by the Committee Wednesday afternoon.

"I discussed with the FBI’s leadership team whether I should be prepared to assure President-Elect Trump that we were not investigating him personally," Comey says while describing a January 6 meeting at Trump Tower. "That was true; we did not have an open counter-intelligence case on him.  We agreed I should do so if circumstances warranted. During our one-on-one meeting at Trump Tower, based on President-Elect Trump’s reaction to the briefing and without him directly asking the question, I offered that assurance."

Weeks later, Comey went to the White House for a dinner with the President and other officials. During that time, President Trump requested Comey make it clear to the public he was not under FBI investigation.

"During the dinner, the President returned to the salacious material I had briefed him about on January 6, and, as he had done previously, expressed his disgust for the allegations and strongly denied them.  He said he was considering ordering me to investigate the alleged incident to prove it didn’t happen," Comey said. "I replied that he should give that careful thought because it might create a narrative that we were investigating him personally, which we weren’t, and because it was very difficult to prove a negative.  He said he would think about it and asked me to think about it."

On April 11 Comey received his final phone call from President Trump, who asked whether the Bureau had made attempts to publicly acknowledge he was not under FBI investigation.

"On the morning of April 11, the President called me and asked what I had done about his request that I “get out” that he is not personally under investigation.  I replied that I had passed his request to the Acting Deputy Attorney General, but I had not heard back," Comey says. "He replied that 'the cloud' was getting in the way of his ability to do his job.  He said that perhaps he would have his people reach out to the Acting Deputy Attorney General. I said that was the way his request should be handled.  I said the White House Counsel should contact the leadership of DOJ to make the request, which was the traditional channel."

"That was the last time I spoke with President Trump," he concludes.

When President Trump fired Comey in May, he referenced the former FBI director's statements that he was not under investigation.

"While I greatly appreciate you informing me, on three separate occasions, that I am not under investigation, I nevertheless concur with the judgment of the Department of Justice that you are not able to effectively lead the Bureau," Trump wrote. "I wish you the best of luck in your future endeavors."