Clapper: We Still Have No Evidence of Collusion Between The Trump Campaign And The Russians 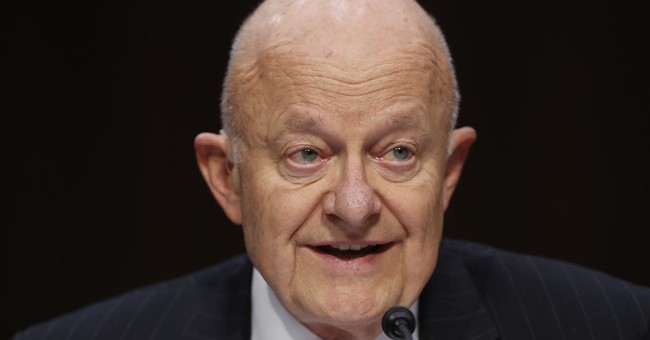 President Trump is back from his first foreign trip and the allegations surrounding campaign collaboration with Russian officials continue with little evidence.

During an interview with CNN Tuesday morning, former Director of National Intelligence James Clapper again stated there is no evidence to show officials from the Trump presidential campaign worked with the Kremlin to change the outcome of the 2016 election. Further, Clapper said there is nothing to show the content of routine conversations between the Trump transition team and Russian officials were nefarious in nature.

"I also have to say that with specific respect to the issue of collusion, as I’ve said before, I’ve testified to this effect, i saw no direct evidence of political collusion between the campaign, the Trump campaign and the Russians," Clapper said.

Ranking Senate Judiciary Committee Member Diane Feinstein has repeatedly stated she too has not seen evidence to prove collusion.

Over to you, John Sununu: