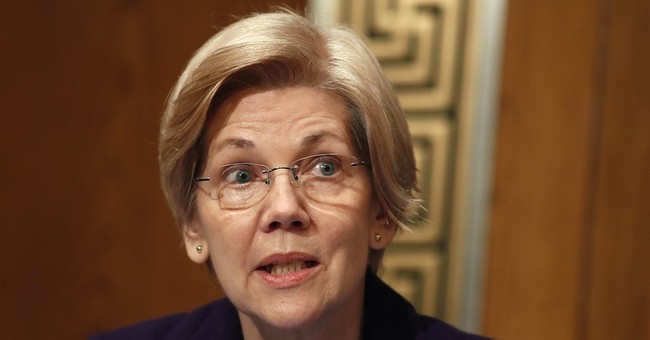 The infighting and sniping in the Democrat Party appears to be far from over.

Last week it was announced former President Obama will be paid $400,000 to give a speech at a conference hosted by Wall Street mega-bank Cantor Fitzgerald. Considering his previous criticism of "fat cat" Wall Street bankers and regular berating of the rich during his time in the Oval Office, Obama was roundly criticized by both the left and the right for taking the paycheck.

Now, Massachusetts Senator Elizabeth Warren is piling on, saying she is "troubled" by the news of Obama's big payday.

Keep in mind, Warren was paid a whopping $430,000 by starving students to teach a single class at Harvard. The book she's hawking raked in a $530,000 advance. As a shameless hypocrite worth millions, she holds a number of Wall Street backed investments. From CNN:

Warren, the Harvard bankruptcy law professor elected to the Senate in 2012, is worth between $3.7 million and $10 million.

That's not including the three-story Victorian home in Cambridge, Mass., that she owns with her husband and fellow Harvard law professor, Bruce Mann. It's now assessed at $1.9 million, according to city property records.

While she's not in the uppermost wealth echelon of Congress, she's not doing too badly either. Roll Call recently ranked her the 76th wealthiest out of 541 senators and representatives, based on her minimum net worth in 2013.

Her average net worth of $8.75 million, including her home, secures her a spot the Top 1% bracket in terms of wealth.

Hypocrisy, it's what's for dinner.