Russia Responds: Airstrikes on Syria Put U.S. on Path to Military Clashes With The Kremlin 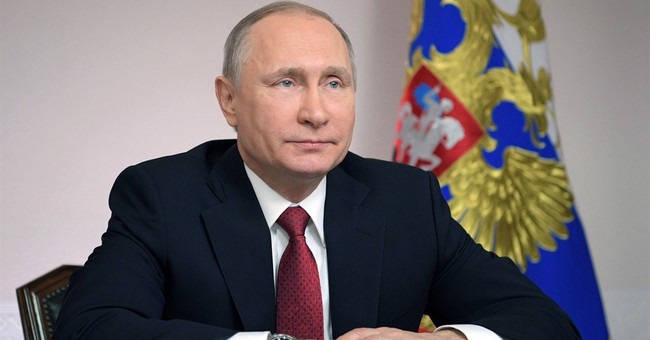 Russian Prime Minister Dmitry Medvedev isn't mincing words in his public response to U.S. missile strikes on a Syrian air base used by President Bashir al-Assad. Medvedev warns the actions, taken in response to a chemical attack on innocent civilians earlier this week, puts America on a path to a military clash with the Kremlin.

"That’s it. The last remaining election fog has lifted. Instead of an overworked statement about a joint fight against the biggest enemy, ISIS (the Islamic State), the Trump administration proved that it will fiercely fight the legitimate Syrian government, in a tough contradiction with international law and without UN approval, in violation of its own procedures stipulating that the Congress must first be notified of any military operation unrelated to aggression against the US. On the verge of a military clash with Russia," Medvedev released in a statement. "Nobody is overestimating the value of pre-election promises but there must be limits of decency. Beyond that is absolute mistrust. Which is really sad for our now completely ruined relations. And which is good news for terrorists."

"One more thing. This military action is a clear indication of the US President’s extreme dependency on the opinion of the Washington establishment, the one that the new president strongly criticised in his inauguration speech. Soon after his victory, I noted that everything would depend on how soon Trump’s election promises would be broken by the existing power machine. It took only two and a half months," he continued.

The United States gave the Russians ample warning about the incoming strikes in order to allow Russian military to get out of the way.

Meanwhile, a Russian warship is headed toward the two U.S. Navy destroyers that launched the missile strikes last night from the Mediterranean Sea.