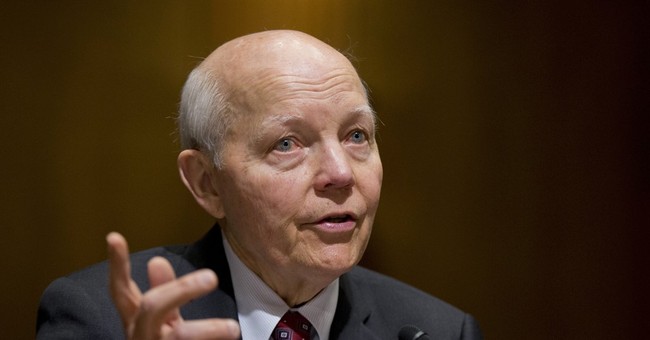 Republicans on the House Oversight Committee, including Chairman Jason Chaffetz, have sent a letterto the White House demanding IRS Commissioner John Koskinen be removed from office.

"By applying additional rigorous scrutiny and unjustifiable, interminable delays to their applications for tax-exempt status, our own government betrayed the fundamental principles of liberty, free speech and democracy for partisan political reasons," the letter states. "So long as the IRS commissioner is a man who has misled the people, destroyed evidence, and failed his legal duties to the people's representatives in Congress, the IRS is not 'controlled by the people.'  For that reason, we request you immediately remove Koskinen."

Koskinen of course is the IRS official who covered up the deletion of emails belonging to former IRS official Lois Lerner. Lerner was the woman at the center of the IRS targeting scandal and encouraged her office to go after conservative groups. She even went so far as to suggest putting leaders of at least one tea party group in jail to send a message and set an example.

"Lois Lerner, the head of the Exempt Organizations division at IRS during the targeting, refused to testify before Congress about her role in the targeting, invoking her Fifth Amendment right against self-incrimination. The Committee interviewed many of her colleagues, but the best remaining source of information about her actions was her email records," the letter states. "Koskinen repeatedly obstructed congressional attempts to recover those emails, both in what he said and what he failed to do. He made false statements under oath to Congress and failed to exercise any reasonable amount of diligence in preserving the crucial Lerner email records."