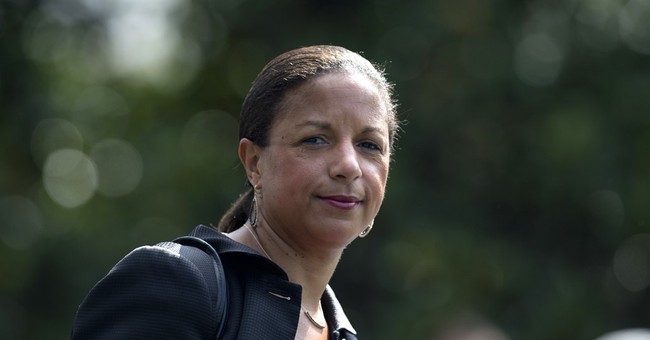 As the drip, drip, drip over Obama administration officials unmasking members of the Trump campaign and transition team continue, new details show the information collected wasn't broad in nature. Instead, unmasking revealed personal details on a number of individuals.

The intelligence reports at the center of the Susan Rice unmasking controversy were detailed, and almost resembled a private investigator’s file, according to a Republican congressman familiar with the documents.

"This is information about their everyday lives," Rep. Peter King of New York, a member of the House Intelligence committee said. "Sort of like in a divorce case where lawyers are hired, investigators are hired just to find out what the other person is doing from morning until night and then you try to piece it together later on.”

As Herridge notes in her piece, House Intelligence Committee Chairman Devin Nunes, who temporarily stepped away from leading the investigation into Russia Thursday morning, expressed deep concern about the details in the reports he presented to the White House. He did not explain what those details were. After viewing the same information, Ranking Member Adam Schiff also said he could not discuss the details and then began muting his criticism.

Rice claimed during an interview with MSNBC earlier this week unmasking was done in order to protect individual American citizens, not to use their information for political purposes.

"We only do it to protect the American people and to do our jobs." Rice said, adding Obama officials never used intelligence to spy on Trump officials for political purposes. "I leaked nothing to nobody and never have and never would."