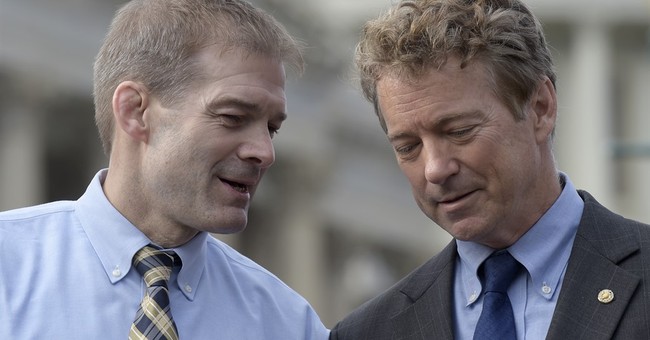 Although the American Health Care Act failed to make it to the House floor for a vote late last week, the effort to repeal Obamacare is far from dead or over. Despite the ongoing blame game, Republicans are interested in working together to come up with an agreeable plan.

First, President Trump is open to working on a new bill while moving on to tax reform and other big projects.

Next the Freedom Caucus, whose members are being assailed by Washington insiders and praised back home in their districts, doesn't view the failure of the AHCA as a last option.

TRUMP: "What's going to come out of this is a better [health care] bill."

The Freedom Caucus looks forward to working with him.

Further, groups opposed to AHCA but adamant about repealing Obamacare are offering a plan b.

It’s Not Too Late to Repeal Obamacare pic.twitter.com/ITAt5ziIHN

Why not push the 2015 reconciliation and twist arms of those who voted yes to vote yes again? #ObamaCare #Repeal https://t.co/UMOlZuyEYR pic.twitter.com/4pCO7kYEJj

Republicans will continue to work on repeal. After years of promises, they don't really have a choice.