Netanyahu Asks The UK For New Sanctions on Iran 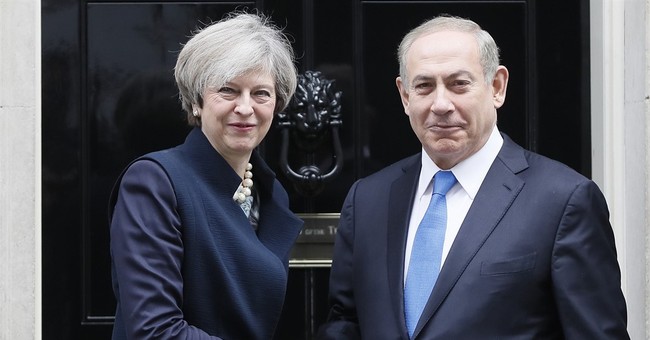 Last week, the Trump administration announced new sanctions on Iran in response to a recent ballistic missile test and attack on a Saudi warship in the Red Sea. The missile test violated the UN resolution and the military attack left a number of Saudi sailors dead. Further, the sanctions were issued in response to Iran's continued funding of terrorism around the globe.

Today Israeli Prime Minister Benjamin Netanyahu is in the UK putting pressure on British Prime Minister Theresa May, who recently visited the White House, to do the same.

The UK was part of the Iran nuclear agreement, which was finalized under former Prime Minister David Cameron and President Barack Obama.

Iran's leaders have repeatedly called for the annihilation of Israel and supporters chanted "death to America" after new U.S. sanctions were announced last week.