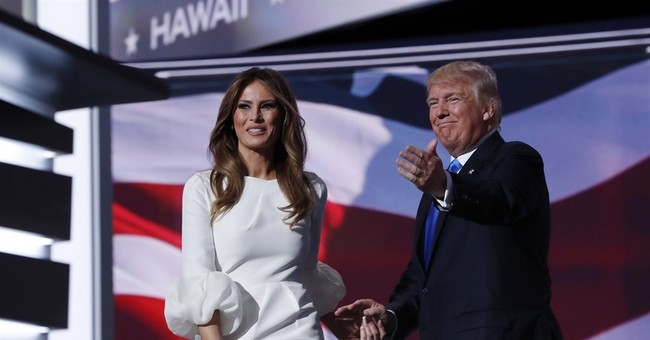 President-elect Donald Trump has officially touched down in Washington D.C. just 24 hours ahead of his official swearing in ceremony at the Capitol Friday.

Trump left Trump Tower in New York City Thursday morning in a military escorted plane marked "United States of America" and stepped out with waiting First Lady Melania Trump upon arrival. His family traveled with him and exited the plane ahead of him. Ivanka Trump and her husband Jared Kushner, Donald Trump Jr. and his wife Vanessa, Eric Trump and wife Lara were all on board with their children along with Barron and Tiffany Trump.

Their arrival marks the beginning of whirlwind schedule ahead of the Inauguration ceremony tomorrow. The President-elect's first stop will be at Trump International Hotel on Pennsylvania Avenue for a meeting with Senator Majority Leader Mitch McConnell and other Republican lawmakers.

Getting ready to leave for Washington, D.C. The journey begins and I will be working and fighting very hard to make it a great journey for..

the American people. I have no doubt that we will, together, MAKE AMERICA GREAT AGAIN!