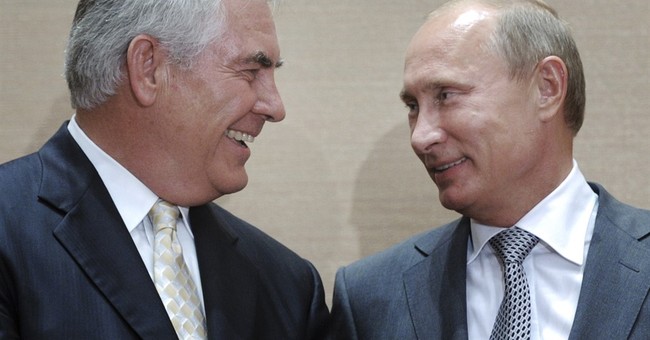 President-elect Donald Trump has officially chosen Exxon Mobile CEO Rex Tillerson to become the next Secretary of State. He is originally from Wichita Falls, Texas and has been in the oil business for four decades.

"Rex Tillerson’s career is the embodiment of the American dream. Through hard work, dedication and smart deal making, Rex rose through the ranks to become CEO of ExxonMobil, one of the world’s largest and most respected companies. His tenacity, broad experience and deep understanding of geopolitics make him an excellent choice for Secretary of State. He will promote regional stability and focus on the core national security interests of the United States," Trump released in a statement.

I have chosen one of the truly great business leaders of the world, Rex Tillerson, Chairman and CEO of ExxonMobil, to be Secretary of State.

The thing I like best about Rex Tillerson is that he has vast experience at dealing successfully with all types of foreign governments.

Tillerson, who has close personal and business ties to Russian President Vladimir Putin, has come under fire in recent days from Republicans and Democrats.

Bipartisan opposition to the nomination indicates he may face a challenging confirmation hearing come January.