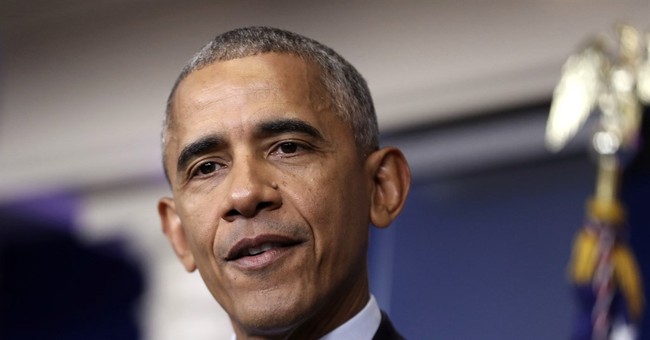 Over the weekend President-elect Donald Trump took a phone call from the President of Taiwan.

The President of Taiwan CALLED ME today to wish me congratulations on winning the Presidency. Thank you!

Interesting how the U.S. sells Taiwan billions of dollars of military equipment but I should not accept a congratulatory call.

The move set off a mainstream media firestorm of criticism, with many news anchors and pundits warning the acceptance of the call could damage U.S. relations with China. China's response has been muted and non-hysterical.This brings us to an important reminder.

Back in 2013 President Obama made direct contact with Iranian President Hassan Rouhani with, you guessed it, a phone call. The call was initiated by President Obama, not Rouhani. Iran is listed as the world's largest state sponsor of terror by the State Department and before 9/11, its terrorism offshoot Hezbollah was responsible for more American deaths than any other terrorist organization in the world.

The outrage from the same media players panicking over Trump's call with Taiwan was absent. In fact, Obama's move was praised, called "historic," and he was given credit for trying to work with the regime.

President Barack Obama and new Iranian President Hassan Rouhani spoke by telephone on Friday, the highest-level contact between the two countries in three decades and a sign that they are serious about reaching a pact on Tehran's nuclear program.

The call is the culmination of a dramatic shift in tone between Iran and the United States, which cut diplomatic relations with Iran a year after the 1979 revolution that toppled U.S. ally Shah Mohammad Reza Pahlavi and led to the U.S. Embassy hostage crisis in Tehran.

Obama has said for years he was open to direct contact with Iran while also stressing that all options - including military strikes - were on the table to prevent Iran building a nuclear bomb.

Officials in the Iranian government have repeatedly violated international sanctions, classified the United States as Satan, called for the complete annihilation of Israel and is responsible for countless murders of U.S. troops in Iraq.

Earlier this year, Obama went to a baseball game in Cuba and did the wave with Dictator Raul Castro, brother of murderous tyrant Fidel Castro. Members of the Colombian terror group FARC were also in attendance.


But hey, Trump took a phone call from the President of Taiwan...