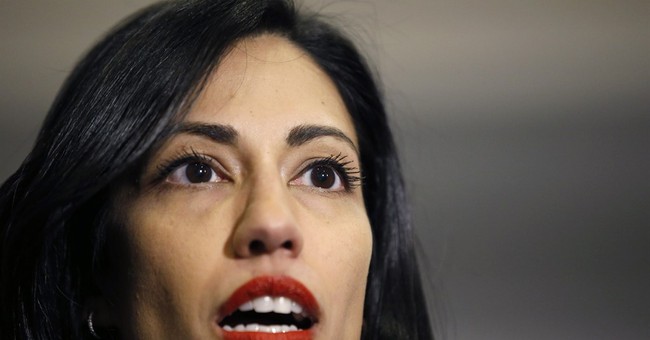 It's day six since longtime Clinton aide Huma Abedin was pulled from the campaign trail after thousands of emails related the FBI investigation into former Secretary of State Hillary Clinton's private server were found on a computer she shared with ex-husband Anthony Weiner. FBI agents found the emails while investigating Weiner's alleged sexting with a 15-year-old girl.

According to Abedin's attorney, she's happy to cooperate with authorities, but claims she doesn't know how the email got onto the device.

But despite being missing from action for nearly a week in the final and most crucial stretches of the 2016 presidential election, Abedin is still scheduled to host a fundraiser in Washington D.C. Thursday night.

No word yet on when Abedin will return to Clinton's side on the campaign trail.