REMINDER: This Is What The FBI Found During Their First Investigation of Hillary Clinton 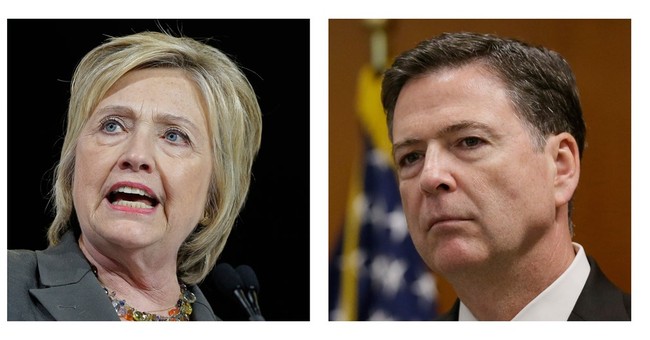 As the FBI reopens its criminal investigation of former Secretary of State Hillary Clinton (thanks to information found on a "device" belonging to Anthony Weiner, the ex-husband of top aide Huma Abedin under FBI investigation for sexting an underage girl), it's important to go over what the FBI found the first time around.

In July, FBI Director James Comey admitted Clinton was "extremely careless" in her handling of classified information on multiple private servers but did not announce an indictment.

"There is evidence they [Clinton and staff] were extremely careless in their handling of classified information," Comey said. "Although there is evidence of potential violations of the statutes regarding the handling of classified information, our judgment is that no reasonable prosecutor would bring such a case. Prosecutors necessarily weigh a number of factors before deciding whether to bring charges."


FBI agents have been reportedly enraged for months over the non-indictment, with some sources saying Comey stood in the way of a Grand Jury investigation for the case.