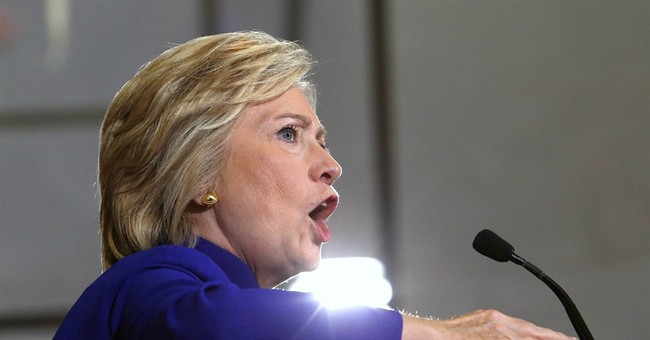 Late last week Wikileaks released a number of Wall Street speech transcripts belonging to Hillary Clinton, speeches she repeatedly refused to release on her own. Not only do the transcripts reveal the former Secretary of State taking private positions different than those she took publicly on a number of issues, but also exposing national security secrets during her remarks.

During one of her speeches to a group of Canadian businessmen, Clinton talked about secret details of the Osama bin Laden raid. The CIA has not yet issued comment about whether she was approved to do so.

The amount of work that was required to get a strong-enough basis of information on which to plan took more than a decade .?.?. and then all of a sudden putting this matrix together and saying, This guy used to protect bin Laden — he has just made a phone call. He said this in the phone call. We need to figure out where he is. Then we need to follow him.

And that is how we found this compound in Abbottaba.

It is important to point out Navy SEAL Mark Owen, who was part of SEAL Team Six which raided the bin Laden compound, discussed classified details in his book No Easy Day without prior approval. The book quickly became a New York Times Best Seller when it was released. The Pentagon and CIA pulled the book from stores, launched an investigation of Owen and fellow SEALs he communicated with about the book and he is being forced to turn over all of the profits to the Defense Department.

If Clinton was unauthorized to share the information she did about the raid, there's no doubt she won't face the same consequences.