Here We Go: The First Debate Questions of The Night Have Been Selected 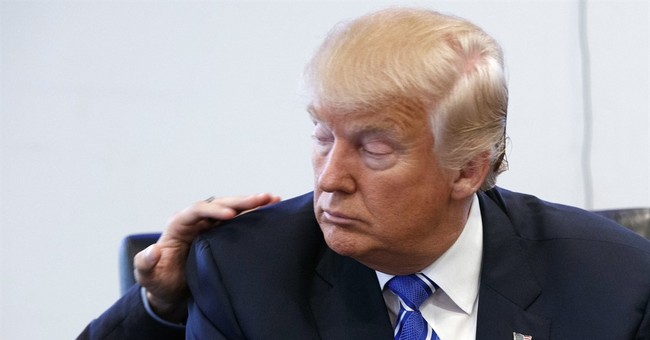 We're just hours away from the second presidential debate between Republican Donald Trump and Democrat Hillary Clinton at Washington University in St. Louis Sunday night and the first round of questions have officially been selected.

Based on  the weekend the Trump campaign just had, it's inevitable what the topic will be:

The first set of questions at Sunday night's presidential debate will be about Donald Trump's vulgar comments on a newly published 2005 videotape, and the fallout from it.

And Hillary Clinton will get the first question.

Moderators Anderson Cooper of CNN and Martha Raddatz of ABC have adjusted their plan for the debate in light of the Trump tape, sources told CNNMoney.

While everything is subject to change until air time, an ABC source said -- perhaps confirming the obvious -- that Trump and Clinton will both be prompted to address the matter.

A coin toss by the Commission on Presidential Debates determined that Clinton will speak first.


Strategically, getting the issue addressed at the beginning of debate not only does a service to undecided American voters curious what about Trump's reaction will be, but also benefits him so long as he handles the questions well. After 90 minutes, the first question will be long gone in the discussion following the debate given he takes advantage of other opportunities on different topics and issues throughout the debate.