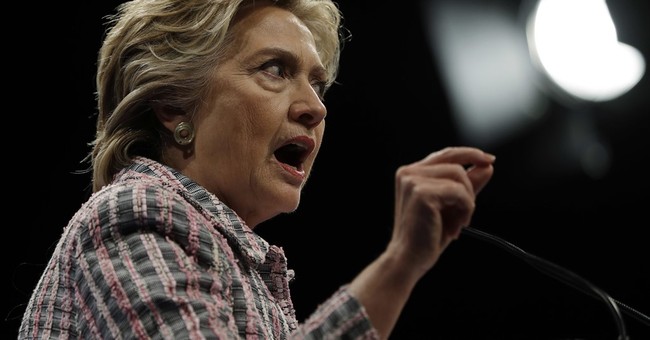 Since FBI Director James Comey announced the end of the criminal investigation into former Secretary of State Hillary Clinton in July, alarming details about the scandal have continued to emerge.

Last week we learned the FBI destroyed two laptops belonging to top Clinton aides as part of immunity agreements, despite the laptops being under Congressional subpoena at the time. We've also learned immunity was "handed out like candy" to essentially all of Clinton's aides deeply involved in managing or setting up her private email system.

Now according to a new report from Catherine Herridge, entire boxes of Clinton's emails went missing from the law firm representing her during the criminal probe, prompting accusations of evidence tampering and purposeful evasion of Freedom of Information Act laws by the State Department.

Buried in the 189 pages of heavily redacted FBI witness interviews from the Hillary Clinton email investigation are details of yet another mystery -- about two missing “bankers boxes” filled with the former secretary of state’s emails.

The interviews released earlier this month, known as 302s, also reveal the serious allegation that senior State Department official Patrick Kennedy applied pressure to subordinates to change the classified email codes so they would be shielded from Congress and the public.

The details about the boxes are contained in five pages of the FBI file – with a staggering 111 redactions – that summarize the statements of a State Department witness who worked in the “Office of Information Programs and Services (IPS)." The employee told the FBI that, “Initially, IPS officials were told there were 14 bankers boxes of former Secretary of State Hillary CLINTON’s emails at CLINTON’s Friendship Heights office.” Friendship Heights is a neighborhood that straddles the Northwest neighborhood of the District of Columbia and Maryland.

The State Department witness further explained to the FBI that “on or about December 5, 2014, IPS personnel picked up only 12 bankers boxes of CLINTON’s emails from Williams & Connolly.”

The officials were not sure if the boxes “were consolidated or what could have happened to the two other boxes.


According to Clinton, she deleted 30,000 emails from her private server she deemed "personal."

Since the criminal probe was ended in July without an indictment, the House Oversight Committee has launched a number of investigations and has held hearings questioning the integrity of the investigation.