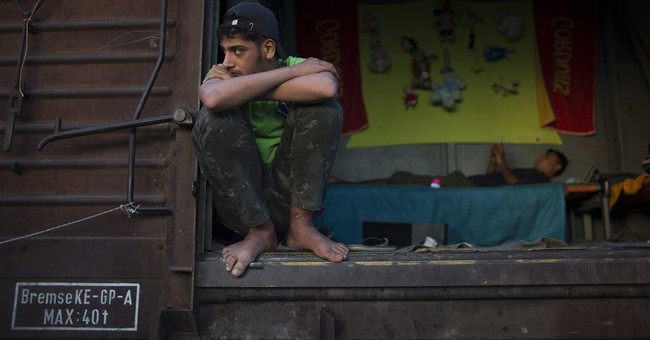 Over the past decade as European leaders have opened their borders to millions of unvetted, mostly male Muslim asylum seekers from countries where women are treated as property, they've seen a exponential increase in rape.

Sweden is now the rape capital of the west and on New Years Eve in Germany, at least a thousand German women were sexually assaulted by Muslim men during celebrations in Cologne and other cities.

More than 1,200 women were sexually assaulted in German cities on New Year's Eve, including more than 600 in Cologne and about 400 in Hamburg — far more than initially reported, according to German news media.

Authorities believe 2,000 men were involved in the assaults, and 120 suspects — many of them foreigners — have been identified, The Sueddeutsche Zeitung newspaper reported Sunday, based on a leaked police document.

In January, at least 90 women filed police reports alleging they were sexually assaulted, including one report of rape, and police initially identified up to 1,000 men as suspects.

So, what are some doing about this new rape epidemic? Giving Muslim refugees a sexual education in an effort to protect women in the country. From Heat Street:

Along with our partners at Free Media, we went to the Southern German town of Neuburg an der Donau (which translates to Newcastle on the Danube). In this pretty little town of 30,000, the local social service agency for refugees has begun requiring recipients of aid who are male and under the age of 18 to take classes on sexual behavior.

You can watch the video here. As a warning, it is graphic.

These sex education classes come in addition to courses being taught about why rape is wrong and unacceptable in western countries.