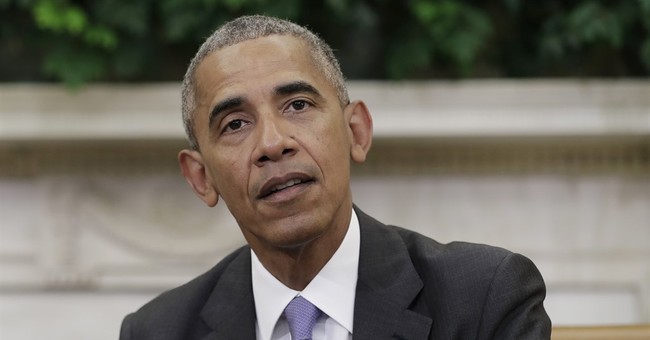 During a town hall with CNN Wednesday night, President Obama was asked by Gold Star mother Tina Houchen, whose son was killed in Iraq, why he refuses to use the term "Islamic terrorism."

After thanking her son for his ultimate sacrifice and expressing his condolences for her loss, Obama proceed to lecture her about his refusal to use the term, saying that the issue has been "manufactured."

"The truth of the matter is that this is an issue that has been sort of manufactured because there is no doubt and I’ve said repeatedly, that where we see terrorist organizations like Al Qaeda or ISIL they have perverted and distorted and tried to claim the mantle of Islam for an excuse, for basically barbarism and death," Obama said. "These are people who kill children, kill Muslims, take sex slaves — there’s no religious rationale that would justify in any way any of the things that they do. But what I have been careful about, when I describe these issues, is to make sure that we do not lump these murderers into the billion Muslims that exist around the world, including in this country."

It should be noted that the leader of ISIS, Abu Bakr al-Baghdadi, has a Ph. D. in Islamic studies from the University of Baghdad.

Last week White House Press Secretary Josh Earnest referred to the war against ISIS as really "a war of narratives."