New FBI Data Shows Murder Up By More Than 10 Percent 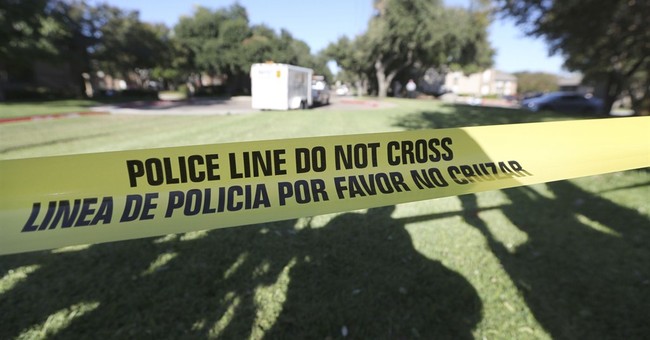 The FBI has released it's annual crime statistics for 2015 and for the first time in many years, violent crime is up and the murder rate has alarmingly increased by more than 10 percent.

"After two years of decline, the estimated number of violent crimes in the nation increased 3.9 percent in 2015 when compared with 2014 data, according to FBI figures released today. Property crimes dropped 2.6 percent, marking the 13th straight year the collective estimates for these offenses declined," the FBI released. "The 2015 statistics show the estimated rate of violent crime was 372.6 offenses per 100,000 inhabitants, and the property crime rate was 2,487.0 offenses per 100,000 inhabitants. The violent crime rate rose 3.1 percent compared with the 2014 rate, and the property crime rate declined 3.4 percent."

"In 2015, there were an estimated 1,197,704 violent crimes. Murder and non-negligent manslaughter increased 10.8 percent when compared with estimates from 2014," the report states. "Rape and aggravated assault increased 6.3 percent and 4.6 percent, respectively, while robbery increased 1.4 percent."

FBI Director James Comey expressed the need for data about the use of lethal force by police in order to better understand the impact of crime on American communities.

"We need more transparency and accountability in law enforcement. We also need better, more informed conversations about crime and policing in this country. To get there, we are improving the way this nation collects, analyzes, and uses crime statistics and data about law enforcement’s use of force. Information that is accurate, reliable, complete, and timely will help all of us learn where we have problems and how to get better," Comey said about the report. "Key elements of this are our shift to the National Incident-Based Reporting System (NIBRS), which will occur no later than 2021 (we hope sooner), and our first-ever use-of-force database. Those will give us a more complete, richer picture of crime in our communities, and a national and detailed picture of the ways we in law enforcement are using force. With indispensable support from our colleagues at the Bureau of Justice Statistics, all of us will be better able to talk in an informed way about things that matter tremendously."