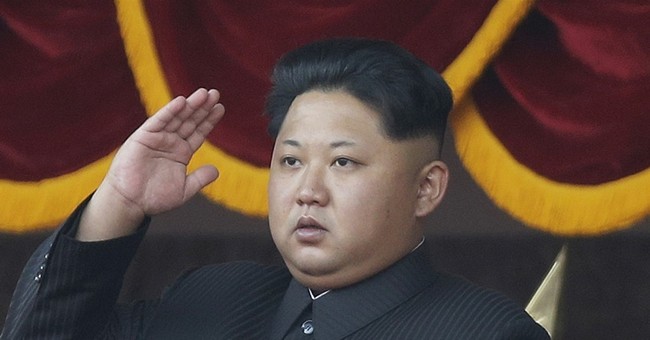 North Korea has launched its fifth nuclear test and this time, the bomb is reportedly capable of being mounted onto a ballistic missile. From AP:

This is shaping up to be the busiest year ever for North Korea's nuclear and missile programs. It rang in 2016 with what it said was its first H-bomb test and has been shooting off various kinds of long-range missiles — including one from a submarine — more frequently than normal. It conducted its second nuclear test of the year Friday, this time to indicate it can arm those ballistic missiles it's been testing with nuclear-tipped warheads.

“The North Korean regime’s continued belligerence demands a strong and swift response.  The United States cannot accept a nuclear North Korea that threatens America and our foreign partners with mass destruction.  That’s why, earlier this year, Democrats and Republicans in Congress joined together to help impose unprecedented new sanctions on the Kim regime.  Sadly, however, it is clear the Obama administration’s enforcement efforts are falling short.

“Most notably, the administration has yet to impose sanctions on any of the many Chinese companies and banks that, according to a recent U.N. report, continue to support the North Korean regime.  This must change.  We’ve seen before that China will only comply with sanctions if Chinese banks face real consequences for doing business in North Korea.

“The United States and our foreign partners should also act quickly to sanction North Korea’s state-owned airline.  Air Koryo continues to flagrantly violate the ban on luxury goods and has been implicated in the proliferation of SCUD missile parts.  At the same time, the administration must also work with European governments to better block luxury items – including cars, watches, and liquor – from reaching North Korea’s repressive ruling elite," Chairman of the House Foreign Affairs Committee Chairman Ed Royce released in a statement. “Aggressive sanctions enforcement, along with a renewed focus on stopping the North Korean regime’s export of slave labor, is key to cutting off the cash needed to sustain Kim Jong Un’s power, and his illicit weapons programs.  Today’s detonation wasn’t just about testing nuclear technology.  It was also about testing America’s resolve.  Now is the time for this administration to act.”

Meanwhile, just this week the Russians buzzed a U.S. jet and the Iranians have doubled their aggressive encounters with U.S. ships in the Persian Gulf since the Iran nuclear deal was signed last summer.