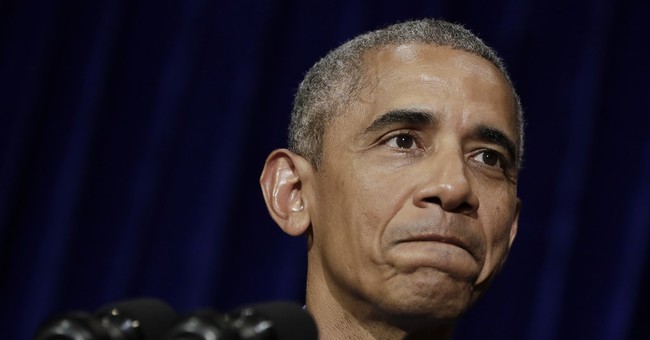 Over the past weeks there has been much controversy surrounding the $400 million cash payment made to Iran and delivered by cargo plane in the middle of the night in exchange for four American hostages. Cash of course is the currency of terrorists because unlike digital transfers, it cannot be tracked. Iran is unabashedly the world's largest state sponsor of terror.

When the news first broke, the White House and the State Department strongly denied the payment was ransom, said it was part of the nuclear agreement and argued the payment was money owed to the Iranians since the 1970s. As pressure and evidence began to mount, the State Department finally admitted the cash was in fact paid to the Iranians with the promise hostages would be released.

But now, reporting from the Washington Free Beacon shows the U.S. may have paid Iran as much as $33.6 billion in cash.

Iran may have received an additional $33.6 billion in secret cash and gold payments facilitated by the Obama administration between 2014 and 2016, according to testimony provided before Congress by an expert on last summer’s nuclear agreement with Iran.

Between January 2014 and July 2015, when the Obama administration was hammering out the final details of the nuclear accord, Iran was paid $700 million every month from funds that had previously been frozen by U.S. sanctions.

A total of $11.9 billion was ultimately paid to Iran, but the details surrounding these payments remain shrouded in mystery, according to Mark Dubowitz, executive director at the Foundation for Defense of Democracies.

In total, “Iran may have received as much as $33.6 billion in cash or in gold and other precious metals,” Dubowitz disclosed.

The White House and State Department have admitted it is not unlikely at least some of the money paid to the Iranian regime will be used to fund terrorism. Keep in mind Hezbollah, one of the largest terror networks in the world funded by Iran, was responsible for more American deaths than any other terrorist organization prior to September 11, 2001.