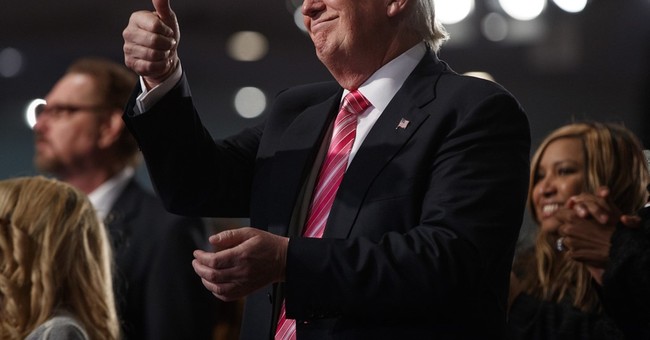 A new CNN poll shows Republican Donald Trump has closed an 11-point gap with Democrat Hillary Clinton and leads her nationally in the race for the White House by two points.

Donald Trump and Hillary Clinton start the race to November 8 on essentially even ground, with Trump edging Clinton by a scant two points among likely voters, and the contest sparking sharp divisions along demographic lines in a new CNN/ORC Poll.

Trump tops Clinton 45% to 43% in the new survey, with Libertarian Gary Johnson standing at 7% among likely voters in this poll and the Green Party's Jill Stein at just 2%.

Among those likely to turn out in the fall, both candidates have secured about the same share of their own partisans (92% of Democrats back Clinton, 90% of Republicans are behind Trump) but independents give Trump an edge, 49% say they'd vote for him while just 29% of independent voters back Clinton.

More @CNN #poll: Trump up 20% among Independents; has 90% of Republicans. His voters more excited than hers (OK, that's not breaking news)

And he has this going for him:

A majority of Clinton's supporters say they're less excited about voting this year than usual (55%) while most of Trump's backers say they're more excited this time around (56%).

Trump is leading Clinton on the issues of the economy and terrorism, while Clinton beats him out on foreign policy and immigration. He also leads Clinton on trustworthiness 50 percent to 35 percent.