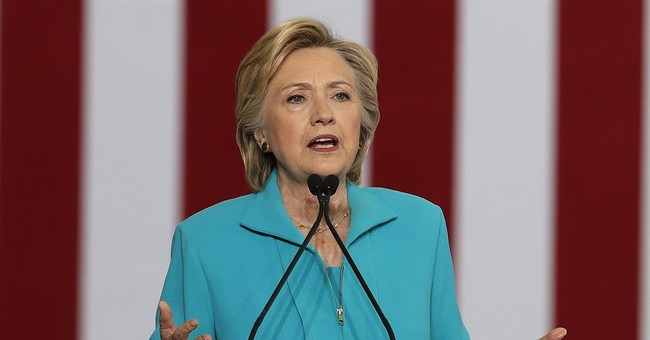 It's been 275 days since former Secretary of State and current Democrat presidential nominee Hillary Clinton held a press conference.

After mounting pressure and accusations of hiding, the Clinton campaign says Hillary will hold press conferences....when she gets elected.

On this week’s “Powerhouse Politics” podcast, Fallon promised greater interaction between Clinton and the press on the campaign trail and said he expects the Democratic nominee to hold a press conference soon.

“The amount of interaction can only go up," he said, noting that the traveling press will soon be flying with Clinton on her new campaign plane.


You silly reporters. You get to "interact" with Clinton on her brand new campaign plane, you think you deserve a press conference too? I wonder if the "interactions" on the plane will include free chocolate.

Looks like the @HillaryClinton no questions from the media streak will continue. But she did eat chocolate. pic.twitter.com/Rr89bHe3kp