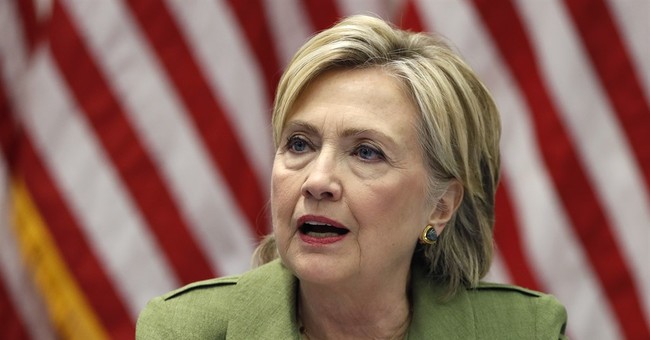 File this under: Totally predictable.

Upon assuming her appointment as Secretary of State in 2009, Hillary Clinton and her top aides were required to take an ethics class to better understand the way the Department functioned and their responsibilities to the law in their new positions. It looks like they didn't go. From McClatchy:

There is no evidence that Hillary Clinton or her top aides completed ethics training when they started at the State Department as required by federal law.

No records indicate whether Clinton herself took any training.

Many of the aides still work for Clinton on her presidential campaign or are advising her in her bid for the White House against Republican Donald Trump in November.

This news isn't surprising and considering Hillary Clinton's decades long, unethical record before becoming Secretary of State, there's little doubt the course would have made any impact on her self-centered and wreckless decisions. After all, when you place personal convenience and oversight evasion above the national security of the United States and the personal safety of our spies, there's not much thought about "ethics" at all.

Also keep in mind it is not unlikely Clinton and her top aides purposely skipped ethics training in order to keep their ability to plead ignorance about the rules. "We're not allowed to use private email servers hosted in bathroom closets to store top secret, classified information? We had no idea! What exactly is the Federal Records Act? Oh, we're not allowed to delete thousands of emails? Sorry!"