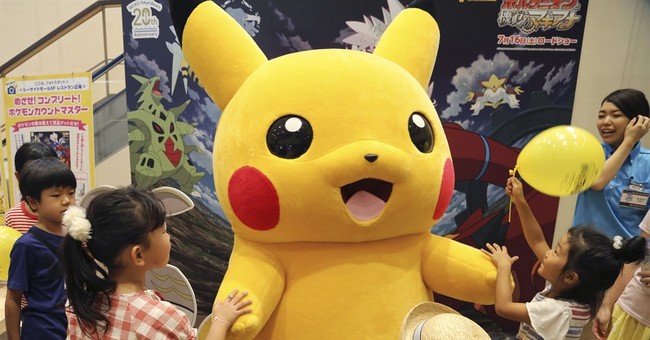 Pokemon Go has taken the world by storm with millions of players world wide downloading the app and venturing into a number of different locations, known as "Pokestops," to capture the most important and valuable Pokemons.

Unfortunately, the creators of the game didn't put much thought into respecting sacred areas of the globe and players have been told to stay away from funerals, Arlington Cemetery and were ask to refrain from playing the game inside the Holocaust Museum.

Now, the developers of the game are being asked to take the Hiroshema Memorial in Japan off the map for players.

It was a bit touch and go for Hiroshima officials, but the atomic bomb memorial park in the western Japanese city is now Pokemon No.

The city had asked the developer of the popular "Pokemon Go" smartphone game to remove the creatures and sites that appeared in the park by last weekend, when a solemn annual ceremony was held to mark the anniversary of the atomic bombing that killed 140,000 people in the final days of World War II.

The "Pokestops" and gyms, and the clumps of players that they attract, were gone by last Thursday, but the monsters that gamers try to catch were still popping up. The city sent an email inquiry to game developer Niantic, and got a response at 1:56 a.m. Saturday, just six hours before the start of the ceremony.

"We were so relieved," city official Tatsuya Sumida said. "We were worried if those 'Pokemon' were really going to go away in time."

He said city officials expect the monsters will stay away from the park permanently.

"We consider the park a sacred place where we pray for the victims of the atomic bombings," he said.

A sad state of affairs, indeed.

Meanwhile, over the weekend 20-year-old Calvin Riley was shot dead in a park while playing the game.