Trump Responds to Hillary Saying He Can't Handle a Tough Election: I Just Beat 16 People and I'm Beating You 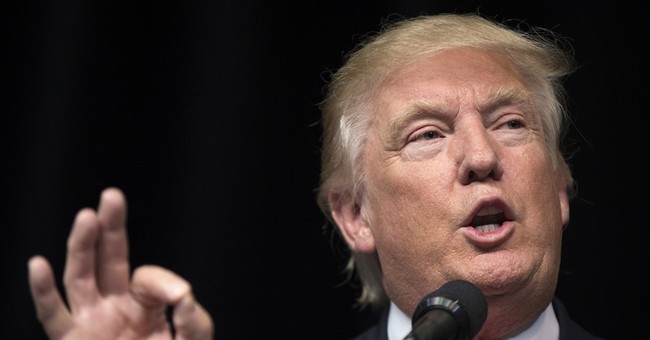 Now that each Party convention is over, the general election battle for the White House has officially begun.

During her DNC convention speech last night in Philadelphia, where she officially accepted her Party's nomination for president, Hillary Clinton said Republican opponent Donald Trump can't handle the "rough-and-tumble" of an election.

"Ask yourself, do you really think Donald Trump has the temperament to be commander in chief? Donald Trump can't even handle the rough-and-tumble of a presidential campaign," Clinton said.

On Friday morning, Trump responded to her comment with this:

Crooked Hillary said that I "couldn't handle the rough and tumble of a political campaign." Really,I just beat 16 people and am beating her!

For this first time this week, Trump has topped Clinton is the Real Clear Politics polling average and is beating her in swing states: