Here is The Full DNC Schedule 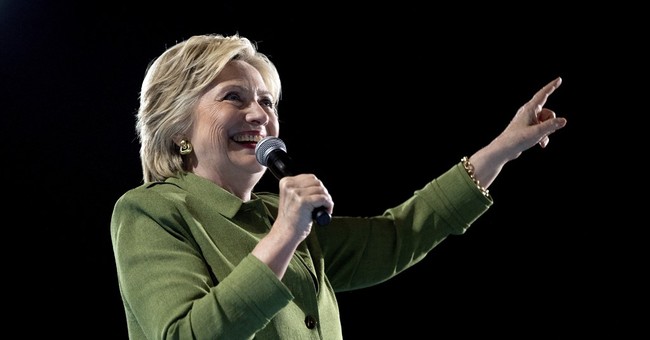 The following 2016 Democrat Convention speaker agenda has been provided by the Democratic National Committee and is subject to change. The convention, being held in Philadelphia, starts Monday and concludes Thursday.

Pam and her family of Keene, NH have been personally affected by the growing substance abuse epidemic and are guardians for their grandson because of their daughter’s struggle with addiction. Pam raised the issue with Hillary while participating at a round-table during the first trip to New Hampshire.

Karla is an American citizen from Las Vegas, NV but her parents, including her mother, Francisca, are undocumented and live in fear of deportation. Karla met Hillary Clinton in Nevada and was featured in the campaign ad, Brave.

Anastasia of New York, NY, along with her twin sister, was diagnosed with cerebral palsy and spastic quadriplegia when she was born and is an advocate for Americans with intellectual and developmental disabilities. Anastasia interned for Hillary Clinton in her U.S. Senate office and on the 2000 campaign for senate. Anastasia first met President Bill Clinton in 1993 at a town hall meeting for kids.

Kate, originally from Philadelphia, PA,  is a staff attorney at the Juvenile Law Center in Philadelphia.

Anton, from Philadelphia, PA, founded and runs a nonprofit community group that strives to bring awareness and educate youth on gun violence.

Dustin, from Little Rock, Arkansas,  is currently a fifth grade teacher at an elementary school in his home state.

As a senator, Hillary Clinton supported the creation of the Eagle Academy to educate at-risk youth in New York City. Eagle Academy was featured in the ad Came Through during the New York primary.

Joe, of New York, NY,  was a detective with the NYPD on September 11, 2001. When the towers were hit, he rushed down to the World Trade Center and began digging through the rubble for survivors.

Lauren was a former executive and partner at Cantor Fitzgerald. She is one of the most catastrophically wounded survivors of 9/11. Lauren battled single digit odds of survival, spending more than six months in the hospital and fought recovering through the next decade from an 82.5% total body burn. Lauren asked then Senator Hillary Clinton to support the injured and she has remained unflagging in her commitment and dedication.

Ryan, originally from South Sioux City, NE, has spondyloepiphyseal Dysplasia dwarfism and has known Hillary Clinton since 1994 when his family came to Washington, DC for an event to advocate for health care reform. Brian Moore, Ryan’s father, lost his job when his employer was unwilling to cover treatment for Ryan’s health condition. Ryan has stayed in contact with Hillary ever since.

Mothers of the Movement

Erica’s mother Dawn was the principal of Sandy Hook Elementary and was killed while trying to protect her students. Since then, Erica has become an outspoken advocate for commonsense gun violence prevention measures. Erica was featured in the ad, My Mom.

Felicia and Polly are two of the three survivors of the Mother Emanuel Church shooting in Charleston, SC.

Jamie’s husband was Patrick Dorff, an Army helicopter pilot from Minnesota who died while on a search and rescue mission in northern Iraq. As a senator, Hillary worked with Republicans and Democrats to increase the gratuity paid to family members of fallen veterans from $12,000 to $100,000.

Beth works two jobs and her husband works the nightshift at a factory in Ohio. Hillary met Beth at a roundtable in Marion.

Jensen was fired from her job at a pizza restaurant in Bonner Springs, KS for asking her boss why she was paid 25 cents less than her male co-worker and friend, Jake. After Jensen and Jake’s story came to light, Hillary tweeted “Good for you, Jensen. Every woman deserves equal pay, no matter what her age. Keep up the hard work—and courage!”

Khizr Khan’s son, Humayun S. M. Khan was a University of Virginia graduate and enlisted in the U.S. Army. Khan was one of 14 American Muslims who died serving the United States in the ten years after the September 11, 2001 terrorist attacks. Clinton spoke extensively about Kahn during a speech in Minneapolis.