Pence: I Grew Up on The Front Lawn of The American Dream 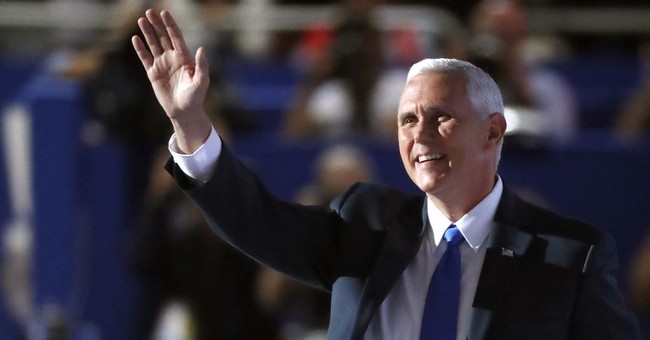 Cleveland, OH - Speaking for the first time since officially becoming the GOP vice presidential nominee, Indiana Governor Mike Pence re-introduced himself to America on the RNC convention stage in Cleveland Wednesday night by detailing his upbringing, discussing the pride he holds for his family and by promoting Donald Trump as the best choice for voters in November.

"For those of you who don't know me, which is most of you, I grew up in the front yard of the American Dream," Pence quipped.


Pence proudly introduced his mother, who was in the crowd, and told the audience about the most important moment of his life: when he married his wife, Karen.

Pence also talked about being inspired by, and signing onto, the Reagan Revolution as a young man and channeled that inspiration to argue for a Trump presidency.

"You have nominated a man for president who never gives up, who never backs down, a fighter, a winner," Pence said. "When Donald Trump becomes the President of the United States of American the change will be...yuge."

"We will win the hearts  and minds of the American people with an agenda for a stronger and more prosperous America," Pence said. "This is another time for choosing...I have a feeling we are on the verge of another rendezvous with destiny."